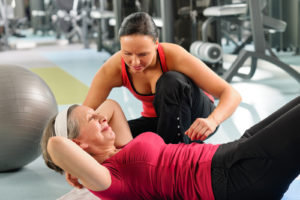 Recent studies by scientists are uncovering a phenomenon that points to the an exercise and live long strategy. Exercise appears to ensure that more blood gets to organs and tissues. They are cleaned of impurities and they receive more oxygen, which contributes to overall health and longer life. Of course like anything else you can overdue exercise. You can begin to have to much wear and tear on muscles, joints and ligaments. For most people it means exercising moderately 4 or 5 times a week with out enduring extreme wear and tear on your body.

The scientists are reporting that not only that signs of premature aging were halted. They were even reversed — in virtually every tissue and organ in the bodies of exercised mice.

So instead of taking a pill or eating some exotic food, all you need to do is follow an exercise regime and you will longer  than your peers who do not. Your motto should be – Exercise and Live Long.

The particular studies that these findings are being based on consisted of allowing mice to receive regular exercise in one group . While in another group, they were allowed to lead a sedentary lifestyle. The mice that exercised, were much more lively , had more energy and were much more alert than the sedentary mice. They also looked more healthy as well with sleek shiny coats of fur compared to the group.

Exercising 3 times a week for perhaps 45 to 60 minutes a week is sufficient to achieve these stupendous results. Anti-aging effects of endurance exercise on the brain, skin, hair, gonads (ovaries and testicles), kidneys, spleen and liver were significant.

Recently a friend of mind was talking about his father who had experienced a slight stroke. He was hospitalized and then caught a disease while in the hospital. The net result was that he was in bed on his back for 3 months with no exercise at all while he recovered. He was then shipped to a long term care facility.

He had lost a great deal of muscle mass, and strength. Her fatherinlaw was lethargic and had very little energy. Fortunately for him, his daughter in law was a former critical care nurse. She knew that she needed to get him up and walking.

They started slow with a walker, to the door of his room and back. This is really how bad he was. Later he progressed out the door and to the end of the hall. All of the time rebuilding his strength and increasing his heart rate just a little bit.

After 3 months of this he was able to walk without a walker and without support. Now he as able to go on relatively fast walks around the grounds of the long term care facility. He continued building his stamina and muscle mass! He has since gone home and is looking after himself at home once again. This was because his daughter in law took the time to get him walking! By the way he is 88 years old. Exercise and Live Long is now his motto.

The reason we retold this story is two fold. One is to obviously illustrate the value of exercise even if it is walking at a moderate pace. The second is to show that you should never give up. You should always keep going and stay focused on exercising even a little bit each day and build up your strength.

For those of us who are younger perhaps and able to move about freely, all we apparently need to do is to exercise regular 3 times a week for 45 minutes or more. This will maintain our strength and keep our skin and organs in a healthy state.

In addition to exercise, eat properly as well so that you manage your weight and do not over eat. This will also go a long way to living a full healthy life.

If you have comments on this approach, please leave a comment that our readers will find interesting. We will be happy to include any legitimate comments about living long and exercising.