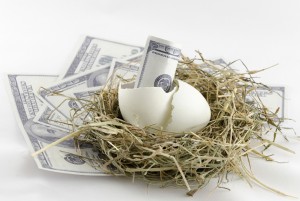 Many baby boomers retiring now and in the next 20 years. They are wondering what they are going to do with their time once they no longer have to go to work. For some it is a planned retirement others are pushed out due to downsizing or a reorganizing. Regardless of the reason it is time to take stock of their skills and their interests to plan the next stage of their lives. For some it will be finding another job or possibly starting a new career. This post is aimed at those people who plan to retire: start a new career.

A friend of our family was forced to leave his company after a very productive and rewarding career prior to the time that he was planning to retire. His first few weeks were fine. He had lots of social engagements and projects to work on around the home. My friend had a mindset that he was really just on vacation. After the first couple of weeks this sense of vacation began to wear off. His wife who was also retired had her life established with lots of volunteer work and of course the grandchildren. This was not enough for him to keep him occupied and challenged. He really needed something more and began to cast around for ideas about what he could do next.

My friend needed to be challenged, he needed a purpose. He also wanted to be with people or talk to interesting people during the day. In effect he wanted a job that fit those conditions. He is not the type to take a part-time job working for Home Depot or something like that. My friend would like something that would really challenge him. Something that he could talk about to his friends. He settled on getting involved with a start-up company taking it from the ground up. It is consuming him at the moment. He is probably working just as hard as he did before retirement.

He is not being paid. His expenses are being covered and he will get stock options for his efforts. But deep down I don’t think he cares about being paid. He just needs something to do during the day and this has fit his requirements.

While starting a new career may not be for everyone, it is one option for those of us who are retiring and looking around for something to do in our spare time.