This is actually a pretty common question. With many baby boomers aging and leaving their assets to their kids many children suddenly find themselves with quite a bit of money willed to them from their parents. We are in the midst of one of the largest asset transfers in history as baby boomers grow older and do not spend their savings before passing. The heirs are then faced with the question of What should I do with my inheritance? For many, the answer seems obvious. Pay off bills, go on a trip or update the house etc. In other words, spend the money!

Having been the recipient of an inheritance several times, the writer can write from personal experience. The first time my wife and I inherited just enough money to by a car. We really needed a car. Our existing car was on its last legs and we decided to spend our money this way. We got a great car and it lasted for many years, but at the end of its life we had nothing from the inheritance and had to by another car. We spent the money on something that depreciates over time and also was worthless at the end of its life. What did we have to show for it? Nothing!

What should I do with my Inheritance â€“ the Next Time?

We learned a tough lesson in the sense that we really had nothing to show from the inheritance. Donâ€™t get me wrong, it was a nice gift and at least we did not blow it on a trip that lasted two weeks or partied. We could have done that and had distant memories of how we spent the money.

Based on this experience, we decided the next time we received an inheritance we would invest the money into the stock market and take the income generated from the stocks in terms of dividends. We had a variety of bills at the time and we also had a mortgage which we could have paid off, but we learned a lesson that it is very easy to spend the money and very difficult to save it.

We invested in blue chip stocks that pay dividends every quarter. They also had a long history of paying these dividends and raising the dividends as well. In other words, we not only received a regular income, we also got a raise every year. We could have reinvested the dividends, but choose to take this income and enjoy this money.

There have been many ups and downs in the markets over the years. At one point we even had less money than what we started with. We did not sell or change our investments. Over the years the market not only recovered it has topped new levels. The end result is that we now have quite a bit more money than what we started with and we have received income every year for the past 18 years.

For us this was a really great success story and was our answer to the question, what should I do with my inheritance. Everyone makes decisions based on their own situation, but just remember once it is gone, it is extremely difficult to save enough money for later in life. 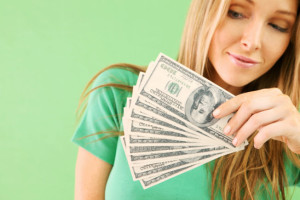 Who would have thought that blowing your inheritance would be a major issue for baby boomers, millennials and any other group that stands to inherit a large sum of money from their parents and family? Turns out that this is a major problem for over 33% or one in three consumers across the continent. They receive money from an inheritance and then spend it in various ways and sometimes have little to show for it other than a good time or a few extra material things such as cars and toys. With many consumers not saving sufficiently for retirement we wonder why more do not invest these funds and at least live off the income?

Trillions of dollars will change hands as baby boomers exit the world. They will transfer their wealth to their families over the next 20 years. We happen to believe that a significant amount of this money should be placed in investments. It will help fund retirements in the future. Most advisers would suggest that even one million in savings is not enough to ensure a comfortable retirement these days. When you have a chance to save your money towards retirement, why not take it. This is not winning the lottery.

The experts agree that one of the best ways to deal with an inheritance is to place it in a secure savings account, perhaps a GIC. Let it sit there until you have emotionally dealt with the emotions surrounding the inheritance. You need time to get over the death of your family member. You need time to get over the idea of having all of this money. Time is required to formulate a plan regarding what you will do with the money.

Spend some of it to pay off debt that you may have, buy yourself a small reward of some kind. But invest the majority of the funds into an investment that will work towards making your retirement more secure. It would be a real shame to squander the money and then end up living in less than ideal conditions during your retirement years!