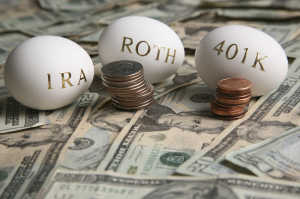 Retirement super savers have a plan and a set of objectives for their lives. They are focused and are determined to be independent financially as early as possible so that they have the freedom to do what they want. This could mean retiring early or it could men working until they are in their 80â€™s. The thing they have in common is that they are working under their own terms when and where they want. There are lots of benefits to having the freedom to retire when you want. Just knowing that it does not matter if you work or not can significantly improve the stress level in your life, give you freedom to travel and enjoy life when other people are going to work everyday and envying your lifestyle. The following is a list of potential objectives that anyone including retirement super savers may have.

Review them and decide what you need to do to achieve your objectives. Change them if you want, but make them your own. Set up a plan to achieve then and stay focused. The main objective is independence. Some of these are both objectives and benefits depending on how you look at them.

Fundamentally if you aim to have enough savings to allow retirement to be considered in your late forties or early 50’s, then you really have a lot of flexibility in terms of what you do with the rest of your life. You can keep right on working if that is what you really want to do. You can also play golf every day or travel etc. The point is that you will have the flexibility to whatever you wish to do and not really have to worry about where the money is going to come from.

Some people love to work. But they really do not like the job they are currently doing or they want to start their own business. Now they can do this if they were a super saver during the early part of their career. The one caveat that we want to bring to everyone’s attention is that they need to protect the nest egg they have created. For example we do not think it is a good idea to take all of your savings and sink it into a new business venture no matter how strongly you feel about it. You risk your savings and could find yourself having to go back to work if the business fails for whatever reason. Diversity is always one of the most important caveats of the super savers. 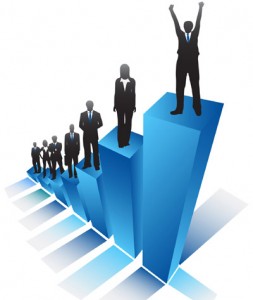 What are extreme savers? Every once in and while you run across people who really seem to have their act together when it comes to saving money, while others just seem to squander it and are always running short. These people could be called extreme savers or perhaps they just make efficient use of their money. We know of people with two incomes, who never seem to have any savings.

Yet they freely spend their money on new cars, dinner out all of the time and lots of material things. They seem to have a lot, they throw out a lot of stuff and seem to be really enjoying life. Try talking to them about retirement and the answer is that they cannot even consider retirement until they are 65 at least. Sometimes they even run short of cash before payday.

While the extreme savers are looking at retiring at 50 or 55 at the latest. Remember the freedom 55 advertisements. We do not see much of that anymore after the severe recession we have just been through, yet there are people who can and do afford to retire early and have done so on their own without any outside help or huge inheritance. Just how do they manage to accomplish such a feat, while raising a family, buying a car, a house, and all of the other things that go along with living the lifestyle of an affluent person in North America?

It seems that the basic philosophy is to pay cash for everything and not to purchase anything until you have saved sufficient funds to pay for what you wish to purchase. Can it be that simple? Most people today carry multiple credit cards, they have a loan for their car and a mortgage on their home. if they are lucky that is all they have, yet they pay thousands of dollars in interest on these items, while an extreme saver manages to save all of this interest by paying cash for everything. With all of this extra money, not only do things they want to buy cost less, they can save even more money.

A few examples will easily demonstrate what a difference it makes. Let’s assume that you have a car loan. The bank or loan company is usually obligated to tell you by law, how much you pay in interest over the life of the car loan. For most situations at current interest rates, this can amount to several thousand dollars which you tack onto the price of the car. For a car valued at $35 thousand with a loan over 4 years, this extra cost in the form of interest might add up to over four thousand dollars. Imagine if you had that money and wanted to just save it! Now you are earning interest on the money you saved. It just continues to compound and your savings add up quickly.

I recently read an article about a family who had a nice home, two older cars all paid for, they had raised two kids who were now in university, and combined they had savings over two million dollars saved for retirement! They were in their early 50’s and had medium-level jobs. How did they amass such a fortune?

According to them, it was pretty simple. They just lived reasonably, paid cash for everything, and only bought things when they needed to. They did without if they did not have the cash to pay for something. Now you might say that they were so frugal that they and their kids were missing out on life, in fact even depriving their children of a normal childhood. Well, it could not be further from the truth.

Maybe they did not have the latest model cars every year, maybe they did not have the latest electronic gadgets at the same time everyone else did, and maybe they did not go on expensive trips like everyone else in their neighborhoods have done. However they do have two cars, they do go on trips and they do purchase electronic gadgets after the prices have declined. Instead of being early adopters, they are fast followers, buying a flat-screen TV for example after the prices have dropped from the thousands to around $500. A perfect example is that you can buy a 3D TV now for several thousand dollars. Wait a year or two and they will be down to around a thousand, more affordable, and more features.

Anyway, you get the point, which we will summarize in case you missed a few:

Hopefully, this post has given you some ideas about how to become independently wealthy, become an extreme saver and yet be able to enjoy life and all that is has to offer. Having a nice nest egg or retirement fund gives you a lot of independence and just maybe you can retire early instead of working until you are 65 or older.

Feel free to add your comments about extreme savers or retiring early. However we delete spam comments, so make sure they are adding some value to this post so that our readers can benefit. Good luck with your savings plans!