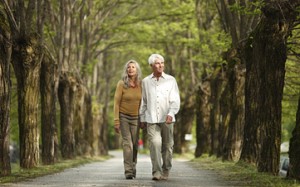 The following poll by RBC seems to indicate that many Canadians and by extension, Americans, are retiring with some form of debt. This debt includes mortgages, loans, and credit cards. It is a big concern for retirees. they worry about whether they can pay their bills while living on a fixed income. This apparently is a lot more common than most people like to admit!

There is really nothing wrong with retiring while still owing some debt. However, you must take ownership of it. Set up your budget to be able to deal with this debt. Review your income levels when you retire. Take the steps you need to be able to pay your debt as well as the remainder of your expenses.

Take the time to read the results of the poll following. We will add a few comments at the end of the poll that we have re-listed here.

TORONTO, April 26 /CNW/ – Four-in-ten Canadians (39 percent) over the age of 50, who have assets of at least $100,000, retired with some form of debt, and one-quarter (22 percent) entered retirement with a mortgage on their primary residence, according to the first annual RBC Retirement Myths and Realities Poll, which examines Canadians’ expectations and experiences in retirement.

The majority of retirees (70 percent) feel it is still important to be able to save part of their income, yet more than one-quarter (28 percent) have acquired new credit products since they retired.

“More and more, Canadians are carrying debt into retirement, which is not necessarily a bad thing,” said Lee Anne Davies, head, Retirement Strategies, RBC. “Having access to credit in retirement can be beneficial to managing income and cash flow and provide additional flexibility. To help make your retirement dreams a reality, our advice is to start early and prepare a comprehensive financial action plan that will keep you focused on paying down debt and saving, as well as establishing a budget for both your pre-and post-retirement years.”

Inflation and taxes are among the top concerns for retirees, with more than one-third (35 percent) worried that inflation will negatively impact their retirement income, compared to 43 percent of pre-retirees. Six-in-ten (62 percent) retirees worry about taxes on their income, with two-thirds (66 percent) believing the percentage of their income required for taxes will rise in the next 10 years. Retirees say they are currently living on 56 percent of their pre-retirement income, indicating that spending drops significantly in retirement.

“It’s not uncommon to be concerned about maintaining a sustainable level of income in retirement, but costs you never counted on may also arise,” added Davies. “For example, our poll found that almost one-in-five retirees spend over $1,000 annually on prescription drugs. Working with a qualified advisor can help you prepare for taxes, inflation, and unexpected costs that may impact your retirement goals.”

These are some of the findings of the RBC Retirement Myths & Realities poll conducted by Ipsos Reid from March 10-19, 2010. For this survey, a national sample of 2,143 adults aged 50 and over with household assets of at least $100,000 from Ipsos’ Canadian online panel was interviewed online. A survey with an unweighted probability sample of this size and a 100 percent response rate would have an estimated margin of error of +/-2.1 percentage points 19 times out of 20 of what the results would have been had the entire population of adults in Canada been polled. All sample surveys and polls may be subject to other sources of error, including, but not limited to coverage error, and measurement error.

Are You Retiring With Debt

So what should you do if you carry debt into retirement? Pretty much continue as usual provided that you have the income to support the debt. Make sure you can meet your monthly payments without difficulty.

Sometimes debt payments can hamper your lifestyle. It can prevent you from doing some of the things that you would like to do in retirement. You may want to think about making some changes. One way or another you should reduce your debt. You might have to use some of your savings. You might have to downsize your home. In addition, you might have to go back to work part-time or full-time. Some people will have to do all of these things to rid themselves of debt.

Make it a priority to avoid adding debt. Living on a fixed income it will be even more difficult to pay off additional debt as it builds up. If you have high-interest debt such as credit cards, consolidate these into a loan. Or the line of credit with a low-interest rate. Destroy the credit cards or just keep them for emergency situations. Credit cards routinely charge in excess of 18% interest. At these rates, you will have a difficult time paying them off. Loans and lines of credit are currently around 5 or 6%. Loan interest and loan payments are much lower allowing you to reduce your principal much faster.

Add your comments to our post. We would be happy to consider them and add them to our blog. All reasonable and constructive comments accepted.

1 thought on “Retiring With Debt”