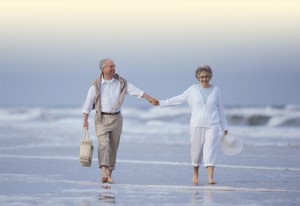 Everyone should take it on to do their own retirement planning well before they retire so that they can approach it without fear or nervousness. The most important issue most people think about is whether they will have enough money to live the life they wish to without having to sacrifice their quality of life. This is an important element, however there are many other items to consider as well.

We will focus on the financial issue in this post, however we wanted to list some of the other areas everyone should think about as well before they retire. We will cover these issues in subsequent posts.

Issues to Consider as Part of Retirement Planning

This is a simple list. We would appreciate your comments if we missed any.

How Do I Know If I Have Enough Money

This is probably the single most important question for many people. I once met a friend of ours who was forced to retire at age 65. He had been well paid, had saved while working and was going to receive a very good pension. On top of that his wife had retired with a pension as well. He was very concerned as to whether he would have sufficient money to live the way he wished during retirement.

At first glance you might conclude, that of course he has enough money! He has two pensions and savings to live on, what more could you want. Well it is not that simple. Both he and his wife had their kids later in life, so one was still at university and neither was married or holding down jobs of their own yet. He was still supporting them in a fairly high quality life style. However these areas are really not the issue. Everyone has their bills to pay and some are higher than others.

The real issue is that he did not know what is income was and he did not know what his expenses were now or going to be post retirement. He had never had a budget and did not have any idea of how to go about building one. This is really the first step towards retirement planning. Build a budget that is fairly reliable and takes into account unforeseen expenses that we all know happen along from time to time.

The fundamental thing you have to do is build a realistic retirement planning budget. This is the only way you will know for sure what your income will be and what your expenses will be. If revenue less expenses are negative then you have a problem and need to make some cuts on the expense side somewhere.

Also account for major expenses that you know are going to come along. You can either save for them, pay for them lump sum from savings or pay for them through a loan over time. They are not going to disappear and you need to deal with them and include them as part of your retirement planning exercise.

A good example is that most people need to replace their car every 5 or 8 years. Some people will do so more often , while others will be longer, but sooner or later your going to need another car. In your plan, decide when you think this will happen and plan accordingly.

This same approach can be applied to all other areas as well. My friend was concerned about paying for two weddings. These will happen and he needs to include them in his planning for post retirement. He was also concerned about expensive upgrades that he was thinking about for the house. These kinds of retirement planning expenses are optional unless you are talking about the furnace, water heater, air conditioning or the roof. Build your plan with everything in it and then decide what you can actually pay for.

Examine Your Options for Retirement Planning

There are optional expenses which can be either spent or you can eliminate them from your life style. There are also options with respect to work now as well. Another friend of ours has a very good pension and can live on it quite comfortably. However it is not enough to allow her to do some of the things she wants to do. She loves to travel 3 or 4 times every year and when she travels she likes the best.

For her the option is to go back to work on contract for part of the year. She continues to collect her pension however the extra money she makes allows her to pay for her trips and other upgrades around the house. There is another big advantage for her in this scenario as well. She gets out every day and she is with people every day which is very good for her.

So if your budget income comes up short for your retirement planning task, then another option is to take on a contract job that allows you to live the life you wish.

The first step to retirement planning is to do a budget and then take the steps you need to make the budget work for you to avoid a short fall in funds, while at the same time allowing you to live the life you wish.

We will discuss some of the issues mentioned in this blog in future posts.