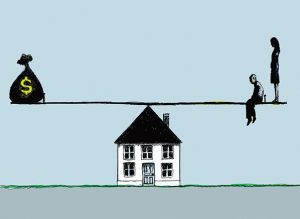 Does the “Men are from Mars, Women are from Venus” idea fit when it comes to retirement?

Life After Age 65 – the Article

TORONTO, Jan. 21 /CNW/ – The gender gap seems to have extended into Canadians’ views of retirement, with twice as many men (32 percent) than women surveyed saying they want to work past age 65, according to the second edition of the Sun Life Canadian Unretirement(TM) Index.

“We also found that men and women had diverse opinions around what factors should be considered in a retirement plan, with women more likely to cite long-term care, low-interest rates, and death of a spouse,” said Kevin Dougherty, President, Sun Life Financial Canada. “Interestingly, Canadians, on the whole, were significantly more confident about their retirement if they had worked with a financial advisor for a year or more than those who did not have an advisor.”

Other survey findings show that men and women think differently about financial planning and confidence in retirement:

“Women have substantial reasons for worrying that they won’t have enough money to enjoy the lifestyle they want in retirement,” said Alison Konrad, Professor of Organizational Behavior at the Richard Ivey School of Business, University of Western Ontario. “The average Canadian woman earns about 66 percent of what the average Canadian male earns. So even though women tend to put a larger percentage of their income into their retirement nest eggs, men save almost $1,900 more each year.”

This second of multiple studies yielded an overall index score of 51 on a scale of 0 to 100, compared to a score of 50 in December 2008. This compares to the American Unretirement(SM) Index score of 44.

Which of these describes what you think you will be doing at age 66, shortly after the normal retirement?

What should a retirement plan address?

The study was conducted by Fleishman Hillard from August 17, 2009, to September 9, 2009. Telephone interviews were conducted by Interviewing Service of America using a random-digit-dial (RDD) sampling method. Quotas and weights were applied to gather a sample of 1,202 people working either full- or part-time, representing the Canadian working population between the ages of 30 and 65. The sample was also representative in terms of gender and region census break. Analysis and construction of indexes involved the application of factor analysis. Final indexes are based on summated averages across the attributes which make up an index.

Age groups were divided by workers in their 30s, 40s, 50s, and 60+ and by three ranges of total assets, not including the net worth of the person’s place of residence (less than $100K, between $100K and $500K, and greater than $500K). This sample has a margin of error of plus or minus three percent at the 95 percent confidence interval.